Roberto Baggio lay contorted on the icy cold turf, one hand resting on his left knee, the other covering the anguish on his face. The fog at the Ennio Tardini led him to think that he was surrounded by “ghosts,” those of nearly 16 and a half years earlier and his first serious injury.

Moments before, Brescia teammate Igli Tare had laid a ball off on the edge of Parma’s penalty area for him. As Baggio approached it, he jumped, feeling a searing pain in his leg and fell grabbing it. “I knew immediately that once again I had torn my anterior cruciate ligament and the meniscus,” he said with a sigh.

This was a time of despair for Baggio. The previous week, this game, a Coppa Italia tie against Parma, had been called off after the news came through during the warm-up that Vittorio Mero, Brescia’s suspended centre-back, had been tragically killed in a car accident. Baggio had left the pitch in tears that night. He did so again this time, but on a stretcher.

It was Jan. 31, 2002. Baggio was about to turn 35. Some thought he would never come back, let alone return in time to be considered for the World Cup in Japan and South Korea in five months’ time. It was an injury that required a minimum six-month rehabilitation period. He had been out for longer, much longer, after doing the same to his right knee in May 1985 and had relapsed in September 1986.

Why put himself through it again? It was simple. He had to save Brescia from relegation. Do that and how could Italy coach Giovanni Trapattoni not take him to a fourth World Cup? “It was a challenge that fascinated me,” Baggio said.

And so 24 hours after his left knee buckled, he went under the knife again. Gianni Nanni, the head of the Isokinetic clinic in Bologna where Baggio had surgery, spoke with wonder at how after the operation, rather than go home, Baggio wanted to start his rehabilitation immediately. “He was tireless,” his wife, Andreina Fabbi, recalled.

Looking back on that period of his career in an interview with La Gazzetta dello Sport, Baggio said: “I remember the hard work. I was in the gym for up to 10 hours a day. I remember the pain I went through. I had many peers around me, footballers who were a lot younger, all in rehabilitation after similar surgeries. A couple of hours and the slightest pain was enough to stop them.” Baggio instead pushed through it. He massacred himself.

The experience of recuperating from not one, not two, but three previous knee injuries meant he knew his body. By now he was familiar with the agony. His pain threshold was high, and he was no longer afraid of it. For him it was a case of mind over matter. He heard people saying that what he was trying to do was madness, that it had never been done before and couldn’t be done. But he refused to listen.

“Thanks to my Buddhist faith, to the positivity that arose from prayer, I put the optimism of determination before the pessimism of logic and reason,” he said. “I believe to have shown that at times the impossible can become possible. It all depends on how much each and every one of us believes in our dreams, in our strength and in our determination.”

Barely a month after that night in Parma, Baggio was running again. The tests he underwent over the forthcoming weeks indicated he wasn’t just returning to fitness, but he was on course to be even fitter than prior to his injury.

After just 81 days, Baggio made his incredible comeback with three games to play in Serie A. It was a record-breaking recovery.

When Baggio came on as a second-half substitute, teammate Pep Guardiola dashed over, took off the captain’s armband and tied it around Il Divin Codino’s bicep. It didn’t take long for Baggio to make an impact. Within three minutes he had scored the first of two goals in a memorable 3-0 win. La Repubblica called the recovery and performance “a double miracle” and a “clear message for Trapattoni.”

Beaten 5-0 by Juventus in Turin the following weekend, Brescia found their Serie A status to still be in doubt on the final day when they met Champions League-chasing Bologna. Baggio had a penalty saved by former teammate Gianluca Pagliuca but scored on the rebound to clinch a 3-0 win, ensuring his team’s survival. He’d done it.

With just under a month to go until Italy’s first group stage game against Ecuador in Sapporo, Baggio felt that, if there were any doubts about his fitness, he had time to allay them, time to get into even better shape. Alas, Trapattoni chose not to select him. “It’s a painful decision, but I have to leave my heart to the left and look to the right,” he said.

Not even FIFA’s decision to allow competing nations to name a 23-man squad rather than a 22-man one, a decision made ostensibly to incentivise coaches to take a chance on players recovering from serious injuries like Baggio, was enough to change Trap’s mind. Luiz Felipe Scolari was in a slightly similar position with — the admittedly younger — Ronaldo. He picked him, and we all know what happened next. “O Fenomeno” scored eight goals, and Brazil lifted the trophy. Italy went out in the round of 16.

That isn’t to say they would necessarily have gone further with Baggio. Italy’s exit is commonly attributed to the dubious refereeing of Byron Moreno in their match with co-hosts South Korea. Still, after the sacrifice Baggio made to be there, it was something of an injustice that he wasn’t.

To this day, however, particularly in a World Cup year and in the wake of the knee injuries of differing severity suffered by Giuseppe Rossi and Theo Walcott last weekend, the example of Baggio’s recovery serves as an inspiration.

Not for the first time, Italy coach Cesare Prandelli has promised to wait for Rossi. It was only two months before Euro 2012 that he ruptured his ACL again. Prandelli was as devastated as the player. Though it was the same knee that buckled under the challenge of Livorno’s Leandro Rinaudo, it was a different ligament: the medial collateral. Out for no less than two months, Rossi, Serie A’s top scorer with 14 goals in 18 games, can return in time for the end of the season, like Baggio did all those years ago.

Believe you can make it and against all odds you just might. That’s just one of the many things Baggio’s great career teaches us.

“Baggio’s stock had risen to such a level that two Serie A giants began chasing his signature, with Juventus confident of securing a deal. However, a last minute bid of around £1.5million from Fiorentina ensured they won the race. What should have been a celebration soon turned to tragedy however as just two days before the deal was finalized, Baggio shattered the cruciate ligament in his right knee whilst playing against Rimini. Aged just 18, with the world at his feet, he was victim of a career-threatening injury and was told by doctors he would never play again.

There was cause for optimism however. Fiorentina chose to honour the deal and stood by their new signing, sending him to France for pioneering surgery – thus ensuring a strong bond between club and player that would be hard to break in the future. But these were the darkest days of Baggio’s life. Mentally, they helped define him as a person and gave him a great inner-strength and belief, but physically, the injury would remain with him for the rest of his playing career. His pure love for the game though, would simply not allow him to quit:

“I underwent surgery that was very risky at the time”, he later said. “They had to drill through my kneecap and reattach all the ligaments with 220 internal stitches. I am allergic to the most powerful painkillers, so I was in absolute agony day and night for months afterwards – but I held on because of my passion for the game.”

Baggio missed nearly all of the next two seasons through injury, and in truth he never fully recovered. Upon retirement he stated that if he were to play only when he didn’t feel pain, he would have stepped on the pitch “only two or three times a year”. The incredible will he showed to ‘never give up’ also came from a more surprising source during his recovery, which again marked him out as being different from the rest.” 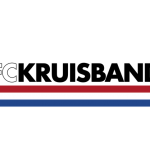 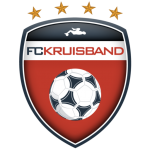